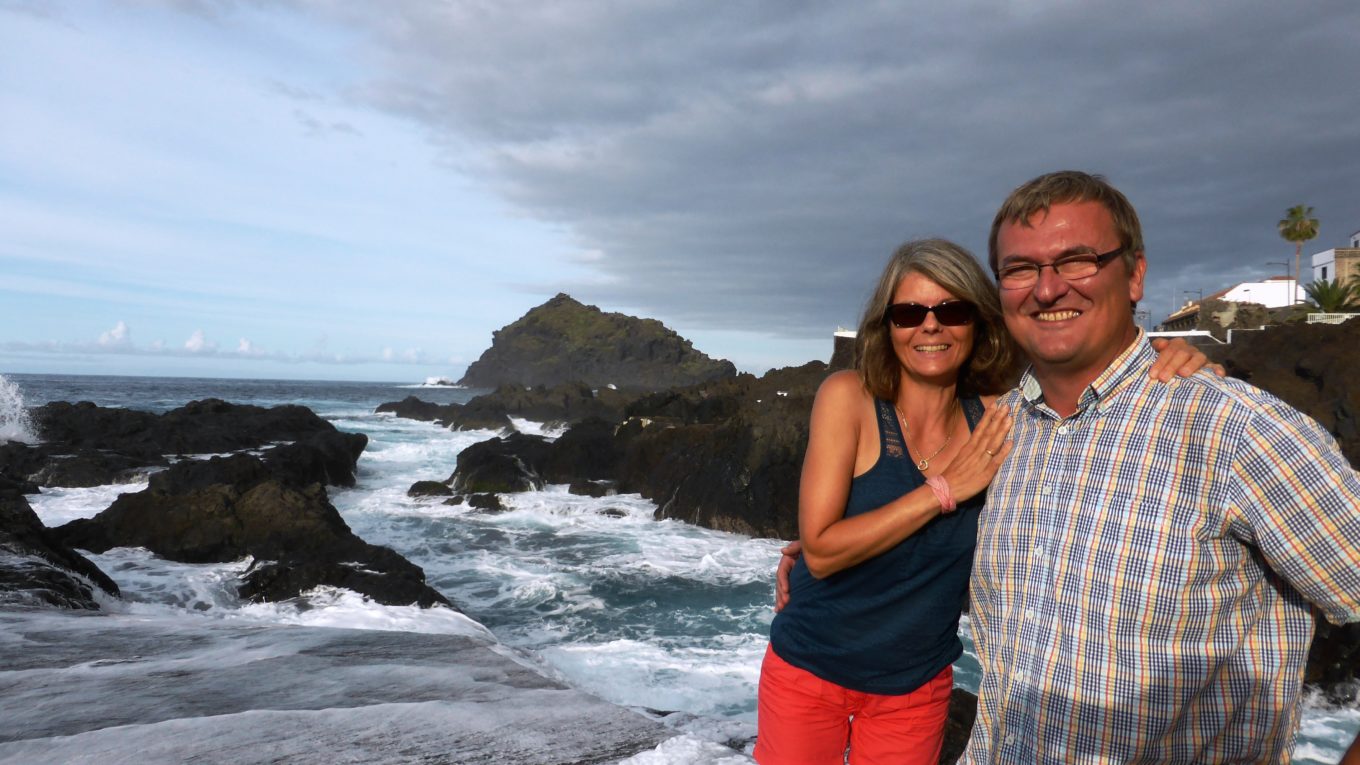 Her parents took her on board their jolly-boat cruiser to the Weser when she was only seven weeks old. The classic sailing stations followed: Learning to sail in a Bremen sailing club in the Optimist dinghy built by their dad, switching to the Pirate jolly-boat, later jolly-boat cruiser sailing, then sailing with various keel yachts on the North Sea and Baltic Sea with their husband and finally their common children.

She worked for many years as chief secretary. Organisational skills, strongnerves and a sense of humour were just as much in demand here as reliable spelling and the appealing formulation of texts. The blog with Antjes, which was run daily during the Atlantic journey, was already a great success with a loyal fan community.
She will again be the actual author of this blog during the trip and will also take over the role of the editor again.

At the age of 17 he joined a lively youth group of a Bremen sailing club through a friend and colleague. As a fellow sailor of various jolly-boats he learned sailing from scratch on the Weser and gained his first experiences on the North and Baltic Sea. Soon he bought his own boat, a smart jolly-boat cruiser. Later he went on cruises on different keel yachts with the family. He is very much interested in thorough preparation and safe execution of blue water projects as a special challenge.

Ingo loves to analyze technical problems and to develop innovative and efficient solutions. Since the 1980s, his improvements for the “Sea Lynx” naval helicopter, which he submitted as an avionics engineer and which have been acknowledged, have been implemented. Later, as technical purchaser and product manager, his tasks included the purchasing marketing of innovative electrotechnical products. To this end, he was in close contact with Asian manufacturers and their developers on a daily basis. In recent years he has also been responsible for the electrical safety of new products as Quality Manager.

Our family with sons and their friends: