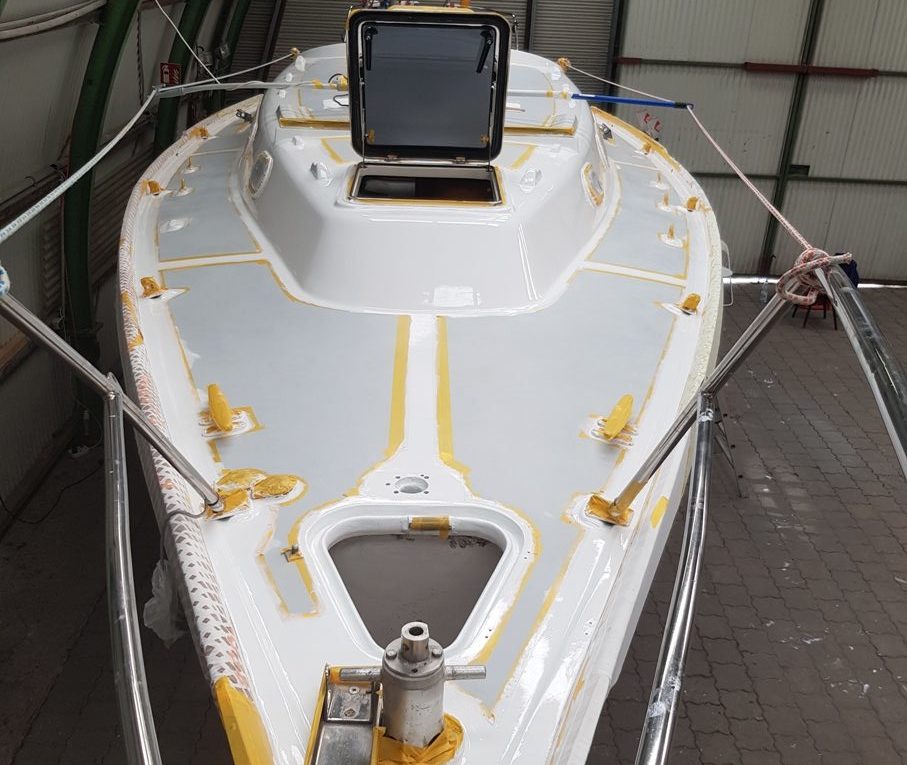 The countdown is running and the time until our departure becomes manageable. Some things are already done and a lot of things still have to be done. The vaccination plan is in place, medical check-ups have already been carried out in some cases. The Amazone is made fit, house and yard are rented by one of our sons with his partner. Many questions are still open – e.g. what do we do with our car, deregister, sell? Already now we have a different view on the things of everyday life: Is it still worth buying a new coffee machine?

Again and again we are asked about our current travel plans and since we are open-minded about it, we are happy to answer the questions every time. Just remember: nothing is as constant as change.
Here is the chronology of our plans:

2015: Already during our return trip from the Caribbean we made new travel plans. We considered going on an indefinite long trip with a larger sailing boat in June 2025.

2016: Back at our old job and we were able to save more than expected! New destination: Sailing off with a 12 m sailboat in June 2023. (Antje preferred to start with the Amazone)

2018: We were given valuable advice by the pension insurance company For example, that under certain conditions a deduction-free pension is possible already at the age of 65 instead of 67. Furthermore, we concluded agreements with our employers that distribute our income over five years for the next three years. This results in considerable financial advantages overall, which will enable us to leave the company as early as June 2021.

End of 2018: Antje read by chance (or was it coincidence or was it simply the algorithms?) the article by Carla Schenk about “Half a hundred arguments for a catamaran”. Carla and Bobby Schenk have sailed the oceans and circumnavigated Cape Horn on a monohull. They lived for ten years on a Privilege 465 catamaran. Antje started to brood and ran into open doors at Ingo’s house. The purchase plans for a 12 m monohull disappeared in the drawer. Antje was still fickle, but no longer categorically ruled out the purchase of a catamaran. For Ingo a 12 m catamaran for the long journey was definitely a possibility. Maybe the boat should be called “Carla”?

2019: The plans for the purchase of a catamaran (and the sale of the Amazone) became more concrete. But then the turnaround, a potential buyer of the Amazone resigned. Antje was somehow relieved, the sales plans were reconsidered and put on file. The Amazone stays, Ingo arranged herself. About half a year later we realized that the non-sale was a lucky coincidence of fate. Because of the Corona crisis and the resulting restrictions we would not have been able to fly from A to B to look at new or used catamarans.

2020: After 14 years our 49 year old Amazone gets a new paint job on the superstructure, cockpit and deck and cabin roof. She will be prepared for the launch in June 2021 (new rudder bearings, new toilet, new hoses, new genoa etc.). Due to the pandemic, the Caribbean and Pacific destinations have been postponed until further notice. We are planning to take more time for Europe. Only when there are no more worldwide travel restrictions and nothing speaks against it for family reasons, we plan to change to a catamaran. Our current favorite for this is a Nautitech 40 Open, preferably with a smart hybrid drive.